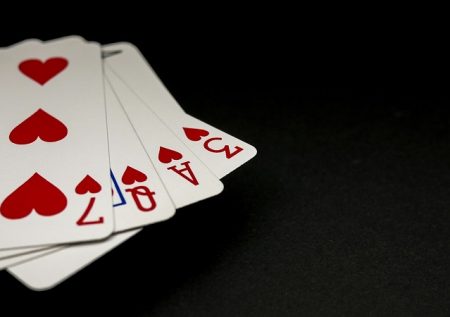 In English, this game is called Sevens and is also known as Fan Tan, Dominoes, or Parliament. Find out how to play satte pe satta. It is a game that is laced with strategy and filled with fun.

In English, this game is called Sevens and is also known as Fan Tan, Dominoes, or Parliament. Find out how to play satte pe satta. It is a game that is laced with strategy and filled with fun.

How To Play Satte Pe Satta

You can play this card game with three to eight players and a pack of 52 cards. Each player gets an equal number of cards and it is fine if some players get one card extra or less. Arrange your cards in by suits and then in numerical order.

This game is played with 3 to 8 players. Usually, each player is allotted cards equally. The player with the 7 of hearts begins the game while those next to him can only play with 6/8 hearts. This continues until the first player finishes his cards and wins the game.

You can start each round only with 7 hearts. Whoever has it, starts the game by laying it down on the table. The next card has to be either 6 below or 8 above 7; that is how you form a sequence or line up of cards from this suit.

You can start another layout only if you have 7 of any suits. A layout is made by placing the cards one by one next to the seven in sequential order. Only a single card is played at each turn and it has to be the next card in relation to the ones already on the table. If you do not have a card to put in the sequence, you can say Pass.

Continue playing until one person has zero cards and he or she is the winner.

Save your sevens, sixes, and eights for some time. The other players will not be able to get rid of their cards. You have the power to delay the chances of the opponents and increase your possibility of winning.