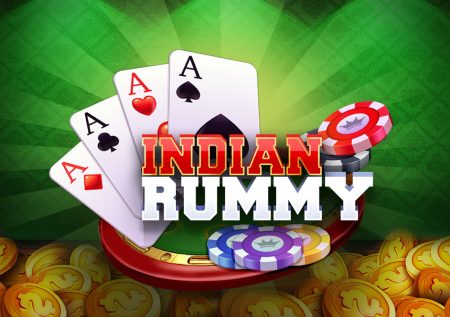 Rummy is a card game in which you try to improve the hand that you’re originally dealt. You can do this whenever it’s your turn to play, either by drawing cards from a pile (or stock) or by picking up the card thrown away by your opponent and then discarding a card from your hand.

Rummy is a card game in which you try to improve the hand that you’re originally dealt. You can do this whenever it’s your turn to play, either by drawing cards from a pile (or stock) or by picking up the card thrown away by your opponent and then discarding a card from your hand.

You can play Rummy with two or more players (for six or more players, you need a second deck of cards). You’ll also need a paper and pencil for scoring. Learn how to play Rummy and other basics including rules, scoring, and how to win!

The objective of Rummy

Your aim is to put (or meld) your cards into 2 types of combinations:

In most Rummy games, unlike the majority of other card games, aces can be high or low, but not both. So, runs involving the ace must take the form A-2-3 or A-K-Q but not K-A-2.

The first person who manages to make his whole hand into combinations one way or another, with one card remaining to discard, wins the game.

How to play Rummy

Follow the rules and instructions below to understand how to play Rummy from start to finish:

Other Rummy rules and tips

Now that you know the objective of the game and the basic instructions to play, here is a small list of additional Rummy rules and common tips to abide by:

You cannot pick up the top discard and then throw the card back onto the pile.

If you pick up two cards from the stock by accident and see either of them, you must put the bottom card back, which gives the next player an additional option. She can look at the returned card and take it if she wants it. If she doesn’t want it, she puts it back into the middle of the stock and continues with her turn by taking the next card from the stock.

When you pick up a card from the stock that you don’t want, don’t throw it away immediately. Put the card into your hand and then extract it. No player, regardless of skill level, needs to give gratuitous information away.

You can play Rummy with wild cards by adding Jokers to the deck, or you can make the 2s or some other number wild.

You can substitute the card represented by a wild card when it is your turn to play. So, if a combination including a Joker, standing in for the King of Clubs is put on the table, the next player can put in the King of Clubs and pick up the Joker for use elsewhere.

When playing with wild cards, you may not want to put combinations containing wild cards down immediately; you don’t want to give another player the use of a wild card by way of the substitution. Of course, if you feel obliged to put down the set or run, try to ensure that the card your wild card replaces has already been played in some other set or run.